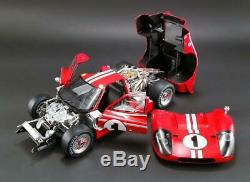 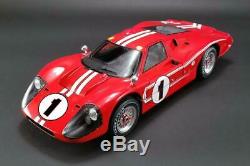 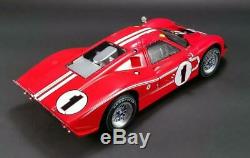 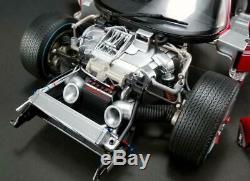 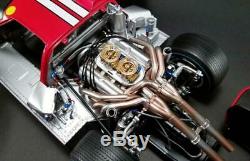 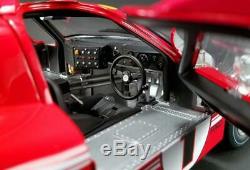 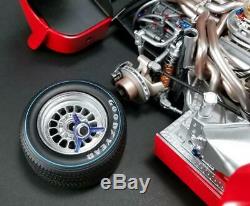 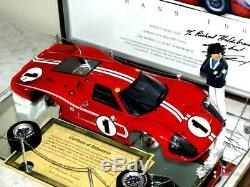 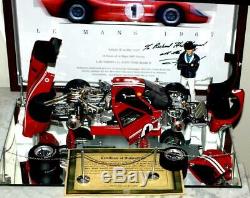 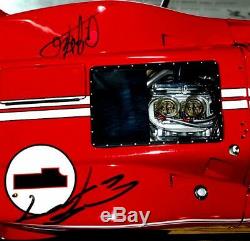 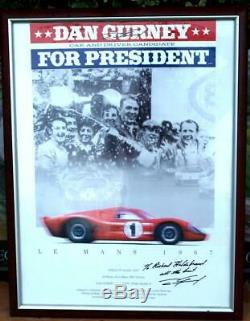 As shown in photos 1 -> 8, this is a jaw dropping work of art that will be the centerpiece of any collection. The production is limited to just 360 pieces, world wide.

There are 3 pictures in this listing (# 11, 12 & 13) are of this prior release. He was able to have the rear cowling signed by both Dan & A. It is now the centerpiece of our collection.

The 1967 Le Mans podium ceromony was historic. Dan did not like Champaign and did not want to drink any of it so he just shock up the bottle and sprayed the crowd with it (including Edsel Ford). There is also a photo of the "Spray it Again" poster based on that incident. Our exhibit shows the 1967 winning car up on jack stands with a pit limiting chain around it & a figurine of Carrol Shelby watching over EVERYING!!!

This signed poster along with some of the other graphic art from our collection is included for your enjoyment. The first 8 photos and ONLY these photo represent the item that is for sale in this listing.

The last listing photo is of the 1906 World Land Speed Record Stanley Steamer "Rocket". A very accurate replica was produced for and is now owned by the city of Ormond Beach.

The original car did 127+ mph on their Beach in 1906 before crashing out the next year-- and Ormond Beach became - "The Birthplace of SPEED". The model shown in the first 8 pictures is the exact item you will receive.

Thank you for your Interest. Dick's Quality Diecast is a discriminating collector of 1/12 & 1/18 diecast racing car REPLICAS. We have been an active and demanding member for almost 15 years. Dick's Quality Diecast will be stocking the Acme Trading, AutoArt, BBR, CMC, Greenlight, MiniChamps & TrueScale Miniatures replicas that are in the highest demand. We are starting out slow but will continue to expand our number and breath of new car offerings.

We will be listing many highest quality, hard to find racing diecasts. 7 day return privilege no questions asked! International Buyers - Please Note. Items will not be scheduled to close at times when this high level of service can not be rendered. Also, we will then relist the item.

Dick Hildebrand is a retired Program Manager & Senior Project Engineer. Nine years ago Dick became addicted to collecting quality diecasts of the cars that he saw "Up Close and Personal" in the'60's and 70's. We accumulated a very large collection of 1/18 and 1/12 cars. All of these quality collectables are considered to be among the finest available.

Many were obtained new from the manufacture as part of our former dealer activity. After retiring, we are in the process of rationalizing this collection of over 500 1/18 diecast Indy, F1, LeMans & high performance road cars. Please check back to review the latest offerings. Get images that make Supersized seem small.

Tailor your auctions with Auctiva's. The item "1967 Gurney Foyt #1 Ford GT40 MK IV Le Mans 24 Win IMPRESSIVE 112 Scale INSTOCK" is in sale since Wednesday, May 8, 2019. This item is in the category "Toys & Hobbies\Diecast & Toy Vehicles\Cars\ Racing, NASCAR\Other Diecast Racing Cars". The seller is "dicksqualitydiecast" and is located in Ormond Beach, Florida.