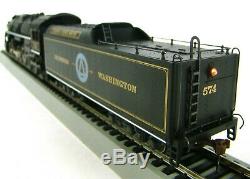 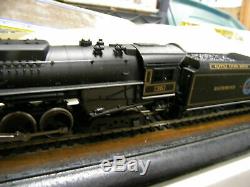 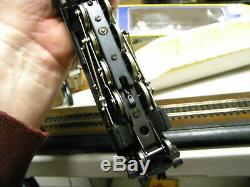 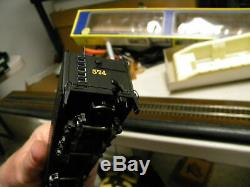 It connected only Washington, D. With Richmond, Virginia, a distance of just 113 miles. However, its strategic location provided numerous connections with key northern and southern systems. The RF&P's ancestry dates to the mid-1830s as one of Virginia's first chartered to connect the state capital with the Potomac River. As it pushed further north it eventually reached the nation's capital. This event coincided with a consortium of lines acquiring stakes in the RF&P as a strategic bridge route. And was fought over heavily during the Civil War by both sides until the North took control destroyed the entire line. These railroads included the Pennsylvania, Baltimore & Ohio, Southern, Atlantic Coast Line, Chesapeake & Ohio, and Seaboard Air Line.

They comprised a 76% ownership while the state of Virginia picked up the remainder and a held a seat on the board for many years. As a final stipulation, the PRR's Washington & Alexandria was given to RF&P in establishing a through Richmond-Washington route under common ownership. Thus was born the 113-mile line that very much lived up to its slogan, Linking North And South.

As the link between "North and South" the RF&P primarily hosted the trains of other railroads, particularly those on the lucrative New YorkFlorida run. In March 1950 this included the East Coast Champion, West Coast Champion, Miamian, Palmland, Silver Star, Silver Comet, Orange Blossom Special, Silver Meteor, Vacationer, Havana Special, Palmetto, Florida Special, Cotton Blossom, Sunland, and Everglades. From an early period, it was double-tracked and had a unique arrangement of operating freights as extras. The railroad took great pride in its southern heritage and longstanding corporate history from its blue and grey livery to steam locomotives named for prominent political figures. Eventually, as mergers whittled away owners the RF&P was acquired in full by CSX Transportation during the early 1990's. Today, it is no longer an operating entity but its main line remains an important and busy corridor.

It was the longest operating Railroad in the United States with over 160 years of service as a Class One Railroad and source Southern Pride. RF&P 2-8-4 Berkshire Locomotive #574. These locomotives were assigned road numbers 571 through 580 and were similar to the Nickel Plate and the Pere Marquette design.

They had 69" diameter drivers, 25" x 34 cylinders, a 245 psi boiler pressure, they exerted 64,100 pounds of tractive effort and each weighed 433,200 pounds. They did not last long on the RF&P as they were retired in 1952 There are no surviving RF&P 2-8-4 "Berkshire" type locomotives. The model proposes the prototype #574, which entered service in 1943, with its original color scheme, Baker distribution, working front headlamp, and a higher capacity tender, with Buckeye bogies. AHM/Rivarossi Berkshire 2-8 -4 Richmond Fredericksburg & Potomac - Capital Cities Route. Rivarossi Italian-made model in the AHM line detail is all around done very smoothly and looks excellent Because of Rivarossi's unique mechanism, this engine, except for a small shaft coming down, has a completely see-through frame and full firebox, making this already great engine look even better. Every walkway and step has full safety tread detail. The two grab irons on the front and the tender ladder are chemically blackened. The front coupler is a dummy mounted by a pin, so it's possible to mount a modified Kadee coupler in the front without too much trouble. Like all other AHM era Rivarossi steam engines, all the wheels have large flanges, and the motor is mounted in the cab, but there's still enough room to mount an engineer and fireman. All the lettering is very smooth and sharp. Although new a good cleaning and re-oiling is recommended given the age of the unit, the 2-8-4 ran very smoothly and quietly at scale speeds. Running free at 12 volts, it reached a speed of about 102 scale MPH and drew 0.28 amps. The maximum stall current at 12 volts was about 1.4 amps.

Even though this is a pretty long engine, it can easily make it around 18 radius curves with no struggle. The motor has a 3-pole armature, but it actually works pretty well at low speeds and has good low-speed control. The rear coupler box is frame mounted with a screw, making it easier to add a Kadee coupler and box. The engine picks up from the right rail with two drivers and two trailing truck wheels, and the tender picks up from the left rail with four wheels.

Extra weight may be added to the tender for better electrical contact. The engine is pretty light-weight for its size, but because of its traction tire it should still be able to pull about 40 cars.

One-piece boilers, engine covers, cabs and tenders of pressure-cast high impact plastic. Steel main and side rods. Steel handrails and coupler release bars on both loco and tender. The price for this unit is reasonable given its condition and the fact it is no longer in production.

Recommend for longer running time and better performance to inspect , and clean out the gear case of all old grease, particularly if the grease has caked (hard , and dry) use. And lubing w/ Labelle 106 usually does the trick, Other bushing/ bearing points should be oiled w/ plastic compatible lubricant motor shaft, worm bearing as well as any axle and other pivot points. The box has some storage wear but has protected the engine all these years. The train engine itself is in excellent, basically unused, condition. To prevent damage the delicate cellophane window and protect the unit.

Sliding out on to a pillow. The item "AHM/Rivarossi HO scale Berkshire 2-8 -4 Richmond Fredericksburg & Potomac (RF&P)" is in sale since Thursday, February 28, 2019.