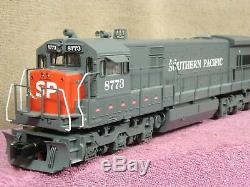 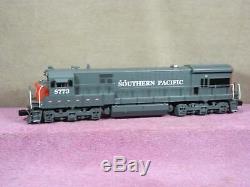 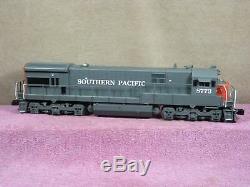 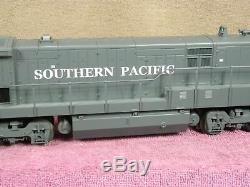 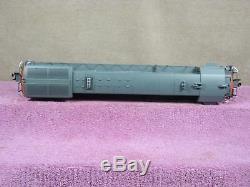 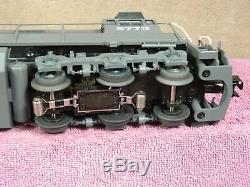 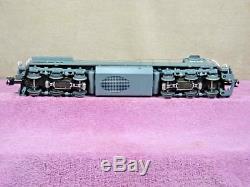 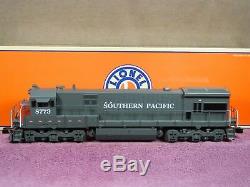 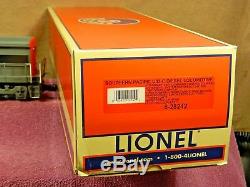 This is a Lionel Scale #6-28242 Southern Pacific "Bloody Nose" U33C GE Diesel Locomotive in rich Gray & Red paint scheme and Numbered 8773, all in the Original Box & Packaging with Instructions. The Similar appearance to EMD models gave them a fighting chance and they made it into use on most railroads because of its' size and power.

This Engine came out in 2006 as part of the Premium Scale Locomotives that Lionel released, which are Limited Quantity. The Engine is an O Scale 3-Rail Very Highly Detailed Plastic Body with Die Cast & Metal Frame, Die Cast Trucks and Metal Wheels. It comes equiped with TMCC Command Control, Rail Sounds with Crew Talk and improved effects, Dual Flywheel Motors in Powered A, Odyssey Speed Control, Traction Tires Too, Smoke Exhaust, Lighted Cab with Crew Men, Coil Couplers on both Ends of Unit and Directional Headlights, All of the Toys available at that time. The Engine is in Like New Condition, and the One Owner Lightly ran the locomotive set so it stayed more time in the box. There is Nothing Missing or Broken, and everything Works Correctly.

Lionel did a Superb Job on the Paint, Graphics and Details as can be seen in the photos. These are Truly a Mark of Excellence. Have a Look at all the photos. Engine Like This would Make a Nice Addition to your Layout or Collection and this is a Very Nice Looking One Too! Remember Too Enjoy Your Trains!!