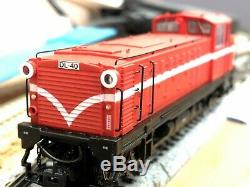 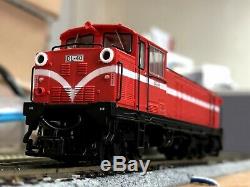 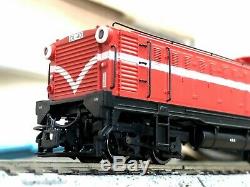 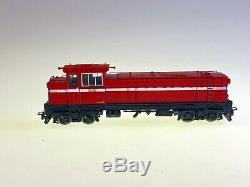 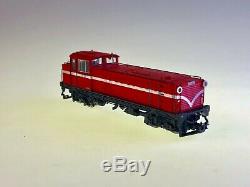 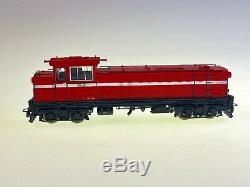 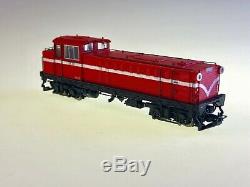 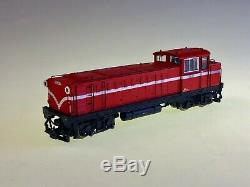 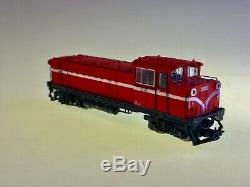 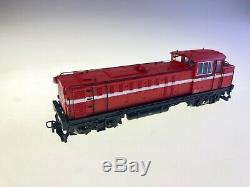 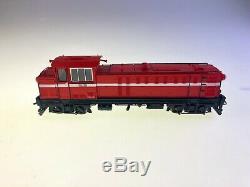 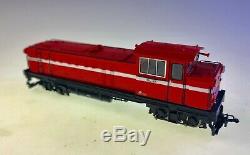 In 1982, the Ali-Shan highway was opened to traffic, which had a great impact on the Ali-Shan forest railway. Since then, the first Japanese-made locomotive has made its debut, with the exception of the experimental DL-38, which does not have a generator, and the sixth generation, the DL39-43, a 28-ton diesel locomotive. This batch of locomotives made by Nippon Sharyo, Ltd. Has accompanied Ali-Shan railway for nearly 30 years.

In the late stage, separated air conditioning was installed in the front of the Locomotive by Jiayi forest administration. So as to improve the working environment of the driver and keep the train from being too hot when running on the flat section. After the main line of Ali-Shan was cut off due to the wind disaster, most of these locomotives moved to the section of Ali-Shan, so the separated air conditioning on part of the locomotives was removed to restore the original appearance of DL-28 when it was introduced to Taiwan. Alishan forest railway in service diesel locomotive table. Alishan sixth generation DL locomotive model is reduced to 1/87 according to the proportion of HOe, and the original gauge of 762mm is reduced to 9.5mm after 1/87 according to the proportion of the Japanese model.

According to the specification, it can also be classified as the product of HOe ratio, running on the usual 9mm track of N gauge. However, if strict requirements are required, the sleepers of the n-gauge ratio are not correct in thickness and the spacing of sleepers is not the same. DL locomotive has 5 car Numbers, ranging from DL-39 to DL-43. The car body adopts the standard coating of Ali-Shan forest railway. According to the old and new body engine of DL locomotive, We provide two different kinds of ventilation hood.

The old type of ventilation hood is red and flat, while the new type is black and round, which can be replaced by yourselves according to the actual demand. In order to meet the display of the fidelity, we offer a special Cowcatcher for modeler display demand. There is a fence at the bottom of the car's railing to avoid interference with the bogie swing. The obstacle eliminator for display is completely presented. Please modify it according to actual needs. Thanks to the Ali-Shan forest railway and cultural assets management office and professor Su-Zhaoxu for providing vehicle information. Engine compartment side grab irons. Moveable crank arm beside the truck. Accurately-painted and printed paint schemes. Fine-scale Celcon handrails for scale appearance. Detailed fuel tank with fuel fillers, fuel gauges, breather pipes, and retention tanks.

The item "Taiwan Ali-Shan forest railway HOe scale diesel locomotive No. #DL-39 #DL-43" is in sale since Thursday, July 11, 2019. This item is in the category "Collectables\Model Railways & Trains\Narrow Gauge\Locomotives". The seller is "ivan0215" and is located in Pinjhen, Taoyuan. This item can be shipped worldwide.